The symbol k is the number of populations of our interest; k ≥ 2.

What is the Chi Square Test?

(calculated chi-square statistic) is smaller than

(critical value), we fail to reject the null hypothesis. The test statistic is calculated with the observed and expected frequency.

Use JMP to Run a Chi-Square Test

Case study 1: We are interested in comparing the product quality exam pass rates of three suppliers A, B, and C using a nonparametric (i.e. distribution-free) hypothesis test: chi-square test.

Steps to run a chi-square test in JMP: 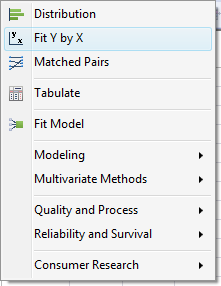 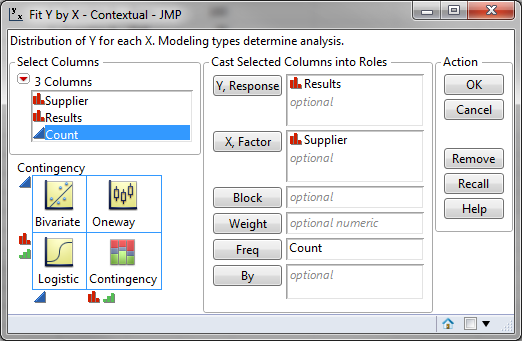 Fig 1.2 Distribution for Y and X 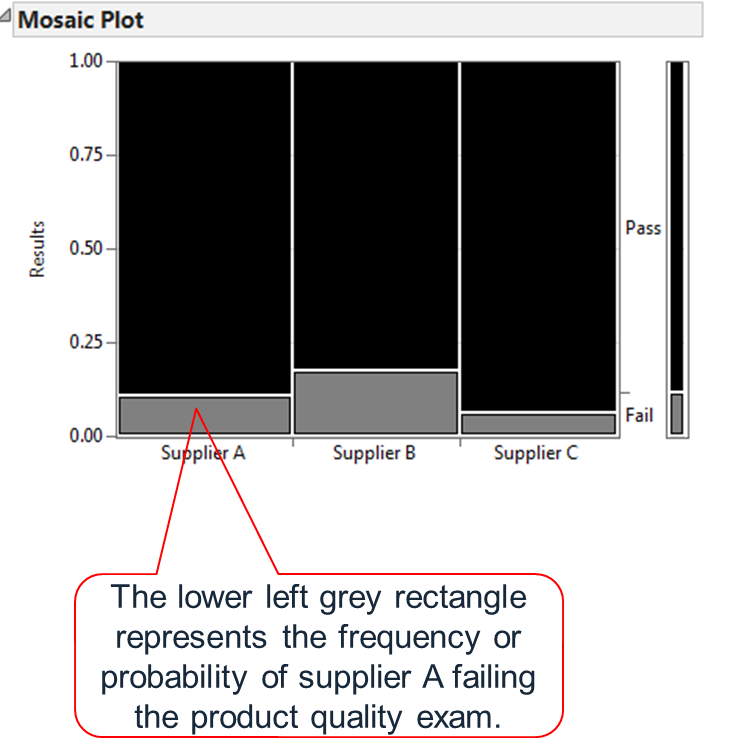 Mosaic plot is a graphical tool to divide the frequency data into smaller segments each of which is represented by a rectangle with the area proportional to the frequency of a specific outcome. 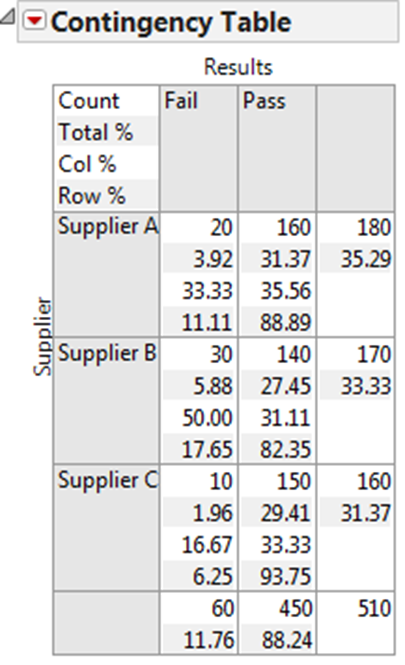 To see more statistics in the contingency table, click on the red triangle button next to “Contingency Table” and select the statistic of interest.

Case study 2: We are trying to check whether there is a relationship between the suppliers and the results of the product quality exam using nonparametric (i.e. distribution-free) hypothesis test: chi-square test.

Steps to run a chi-square test 2 in JMP: 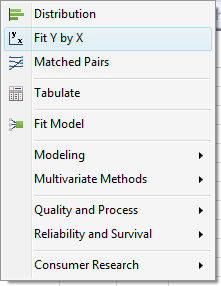 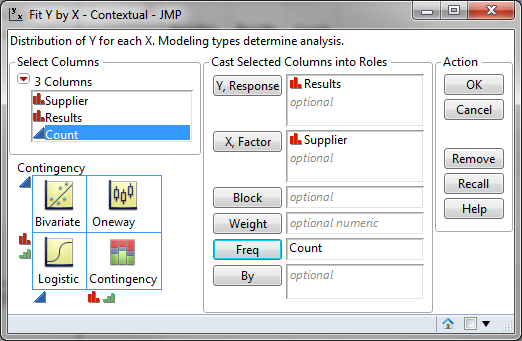 Fig 2.2 Distribution for Y and X 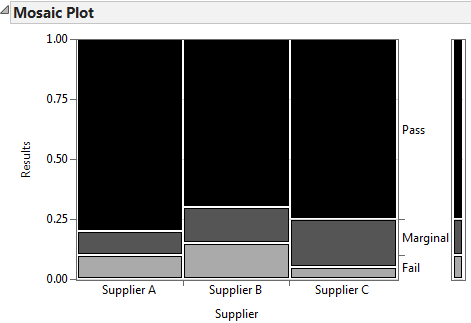 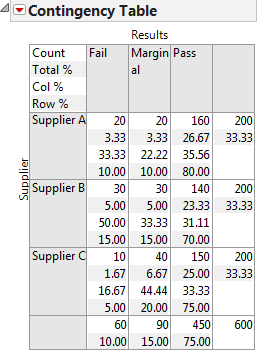 Fig 2.5 Chi-Square test results
The p-value is smaller than the alpha level (0.05) and we reject the null hypothesis. The product quality exam results are not independent of the suppliers. These results indicate the danger that we can get into when using discrete data. Not everything is as simple as yes/no or pass/fail. Even though supplier C has a lower fail rate of 10, you can see that the number of marginal results is higher. However, the p-value tells us that we must reject the null hypothesis and claim that the quality exam results are dependent on the suppliers.